They shot two people during a farmhouse robbery. Charges against two other suspects are dropped.

PLATTSMOUTH, NEB. — The two Wisconsin residents who broke into a farmhouse 11 months ago and shot a couple to death were each sentenced Monday to consecutive life sentences in prison. Authorities said that Gregory Fester, 20, and Jessica Reid, 18, broke into the house in rural Murdock on April 17 intending to commit robbery. They shot and killed Wayne and Sharmon Stock. 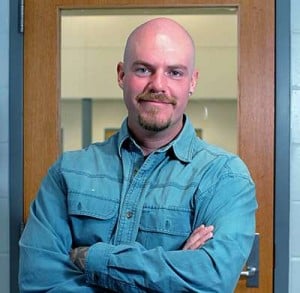 Just so you know.

Losing a family member to murder can change a person.

Pain and fear and grief can move in, rearrange the furnishings of life, plop down in a too-soft chair and stay — for years and years, if not forever.

Some families can allow each member to handle the emotions in his or her own way and become stronger. Some families fall apart.

That’s what happened with the Thieszen family of Henderson. Twenty years ago, Sacha, 12, was killed by her 14-year-old brother, Sydney.

For Edwin and Joyce Thieszen, grief and fear seemed to evolve into terror, said Sydney and Sacha’s sister Sharon Hanke.

For Hanke, and her brother Shea, seeing the murderer’s face on the front page of the newspaper on Wednesday brought raw emotions — anger and grief — roaring back to the surface.

The story, which included an interview with Sydney Thieszen, detailed the efforts of an Omaha group to seek a law that would prohibit life sentences without the chance of parole for offenders younger than 18.  Thieszen was convicted in 1988, and again in 1996.

The murder was  brutal. He hit his sister in the head with a wooden rod, then shot her three times at close range in the head and chest. When she was found dead in an upstairs bathroom of the family home, her jean shorts were unbuttoned and unzipped.

Thieszen pleaded guilty to second-degree murder in 1988 and was sentenced as an adult to life in prison, with the possibility of parole in 1999. In 1996, he got another  chance for a trial, which ended in a first-degree murder conviction and a sentence of life without parole.

Things came out in the 1996 trial that piled onto the family’s already raw emotions and fear, Hanke said. Friends testified Sydney Thieszen had told them he wanted to throw a plugged-in radio into his mother’s bath.

And he allegedly told investigators he had thought about killing all of his family members.

After that trial, Hanke said, her parents began to push away family and friends.

A few years ago, she heard they were beginning to sell their belongings. Then they disappeared.

But fear and the feeling of betrayal can escalate and overcome people. They may begin to believe an inmate can somehow reach out from prison and harass or kill them. Or that he will get out and track them down.

Hanke said the turmoil changed who she was.

“I had to make a choice whether to be a victim — scared, depressed, angry — or to stand up and become stronger,” she said.

She and her brother Shea, who goes by a different name today, said they think about Sacha all the time and miss her.

The Thieszens adopted Sacha girl in 1977 when she was 18 months old. She was so malnourished she was about the size of a 9-month-old, Hanke said. She couldn’t speak and could barely feed herself.

Ten years later, the 5-foot-3 inch, 85-pound girl with long, dark hair and braces was enjoying life. She was quiet and shy on the edge of her teenage years, and experiencing her first crush.

Then-13-year-old Shea found his sister’s body  late that September day in 1987 after returning from the farm field with his dad. They had noticed the family van was missing as they drove up, and his dad had taken off to look for Sydney.

“The sight of her laying in the bathtub with her pants unzipped, bullet holes in her chest, blood all over except her extremely pale skin that used to be a golden tan, has never left my mind,” he said. “I can see it as clear as the day I found her.”

After her death, Shea left the family.

“If there ever was some kind of bond between the parents and children, it was a fragile one at best,” he said. “The bond was mostly between the children. In my case, I was closest to Sacha.”

He went his own way, landing in a few foster homes and eventually Boys Town.

“I did not have contact with other family members until the last trial and keep in contact only with Sharon,” he said.

Sydney was 5 when he came to the family in 1978 from foster homes and a traumatic childhood with his biological mother. He was a wonderful, lovable boy, Hanke said, outgoing and intelligent.

At 12, his behavior changed, both at home and at school. He became moody, troubled and unhappy, Hanke said.

“I know my parents didn’t think it was anything more than a teenage thing,” she said. “They had no idea he was capable of that kind of violence.”

Hanke attended every day of the 1996 trial.

“There was a lot of stuff I didn’t know, and didn’t want to know,” she said.

She doesn’t understand why her brother committed the crime, and she knows she never will.

But seeing his face on the front page of the paper last week threw her.

“Sacha was brutally taken away from us at the hands of Sydney Thieszen,” she said. “I am appalled there is even the smallest chance that he might have an opportunity for parole.”

The crime was heinous, said Shea, and Sydney should never be allowed to return to society. He cannot be reformed, he said.

Hanke said her brother chose his violence and he needs to be held accountable.

“I am honestly afraid he would hurt someone again,” she said. “I agree that the (juvenile justice) system needs fixing, but the solution is not to set young murderers and rapists free.”

Just so you know.

Reach JoAnne Young at 473-7228 or jyoung@journalstar.com.