The Propaganda Campaign In Photos

Those who want to end life without parole (LWOP) sentences for juveniles who commit murder and are tried as adults due to the heinous nature of their crimes and the level of culpability they demonstrate have published many reports advocating for their point of view. Indeed, some of their concerns about the need for criminal justice reform are legitimate. But much of what they say is simply false. We could not begin to document comprehensively all the misinformation being put out by offender advocates all over the USA on this small, volunteer-staffed website. This page gives you just some of the many propaganda photos used by anti-juvenile LWOP advocates.

THE PROPAGANDA CAMPAIGN in PHOTOS

Propaganda by the Campaign for the Fair Sentencing of Youth

How old would you say this young man is? Eight? Nine?

Well, his photo was on the front page of the website www.endjlwop.org, the home page for the national Campaign for the Fair Sentencing of Youth (CFSY).

He isn’t an actual teen killer or child offender sentenced to life in prison. He is a child from a photojournalist essay on juvenile justice, used in published reports against life sentences for teen killers. The picture implies that this child is being held in prison for life. Not true.

NO ONE in the United States has ever been sentenced to life without parole at age eight or nine. As explained in the Teen Killers Are Not “Children” page, about 85% of JLWOP recipients nationally were 17 or 16 when they committed the crimes. The youngest we have documented were 13 (only a handful of cases nationally). In these cases, the offenders committed extremely serious violent crimes multiple times. And while there may be some consensus that some states may need to increase legal protections for those very young offenders,  juvenile LWOP (JLWOP) remains extremely and appropriately rare – reserved only for offenders who engage in truly appalling conduct, and who pose an on-going danger to society.

Published reports from anti-JLWOP advocates have not only visually misrepresented the offenders’ ages, but they have been incorrect about the numbers of these cases nationwide, publishing “estimates” that include 19-year-olds. They have repeatedly claimed that there are more than 2,500 cases of JLWOP. An actual count by the nation’s attorney generals showed less than 1,500, perhaps hundreds less.

In many cases, advocates of juvenile offenders only publish the offender’s version of their crime, instead of the facts proven in court. Not surprisingly, offenders often lie to get sympathy. Advocates of juvenile criminals have told many other lies – deliberately – some of which are addressed on our Myths and Facts page and our Lies About Specific Cases page.

There are hundreds of pictures, videos, etc., like these being used nationally to try to stop  legitimate and necessary prison sentences in rare and exceptionally dangerous circumstances for mature teens who demonstrate the highest degrees of culpability after committing extremely violent crimes. Here are some more examples of propaganda.

Propaganda from the Equal Justice Initiative

Title. All Children Are Children: Challenging Abusive Punishment of Juveniles

This appears to be a photograph of a child (maybe eight or nine) getting his fingerprints taken during a tour of a police station. Not exactly representative of a 17-year-old getting fingerprinted after being arrested for brutally murdering someone.

Is this supposed to represent a juvenile lifer saying goodbye to his family? Again, this is not exactly representative of a 16 or 17-year-old who is going to prison after brutally murdering people.

Title. Cruel and Unusual: Sentencing 13 and 14-Year-Old Children to Die in Prison

This report is about offenders who were 13 and 14 when they committed the crimes they received LWOP for. The pictures used show much younger kids. The first three examples come right after the cover page.

The picture below shows a frighted young child being yelled at and abused by an adult, perhaps a prison guard. Once again, this is not what actual juvenile lifers look like when they go to prison. In fact, it is the juvenile lifers themselves who abuse and frighten others.

Propaganda by the University of San Francisco School of Law

This photo was circulated widely via email from Human Rights Watch in California, asking all who received it to contact their legislators in support of SB 9, retroactively ending life without parole sentences for teen killers. SB 9 has been pushed through without notification to the hundreds of victims’ families whose lives would be profoundly affected by it. The photo was accompanied with captions about Fair Sentencing of Youth and referred to youth sentenced to life without parole.

Might a reader assume that the ages of the young children on the roller coaster are comparable to the ages of those who faced life sentences for committing murder in California? Before CA abolished JLWOP, all JLWOP recipients were at least 16 when they committed the LWOP-warranting crimes. Most were 17. Do you see any 17-year-olds in this photo?

Propaganda by the ACLU

Propaganda by the Players Coalition

The Players Coalition has been supporting an Ohio bill that would end life without parole sentences for juveniles. Several of the photos they have used in their advocacy effort have depicted young children, far younger than the juvenile criminals who received life sentences in Ohio.

“Well-established research shows that individuals 'age out' of crime. The vast majority of youth, even those who commit serious offenses, are unlikely to offend as they get older.” #AllKidsDeserveHope #NoJLWOP #SB256 #OhioMustActNow @OHSenDemCaucus @OhioSenateGOP pic.twitter.com/g1exTrStuu

These pictures do not accurately portray the offenders SB 256 could release.

Here are the real criminals who SB 256 could release.

Devonere Simmonds went on a massive violent crime spree, murdering two people and attempting to murder two others. He was 17. 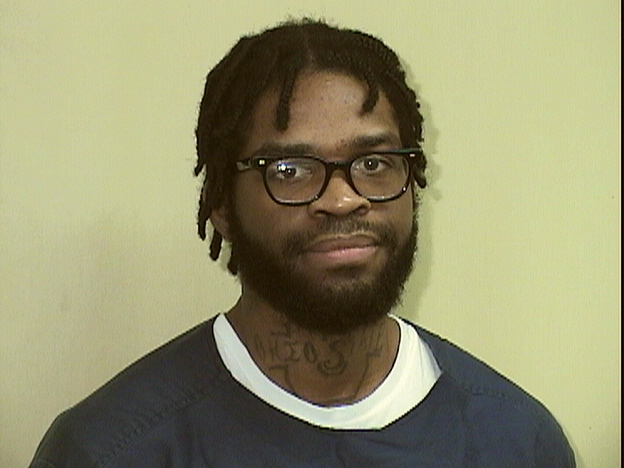 Gavon Ramsay strangled a 98-year-old woman to death and abused her body when he was 17. 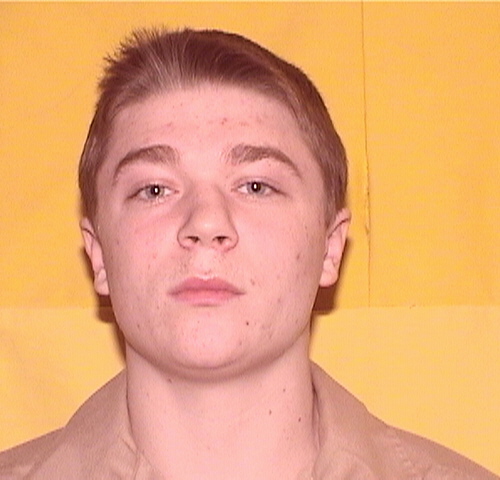 Jacob LaRosa beat a 94-year-old woman to death after attempting to rape her. He was 15. 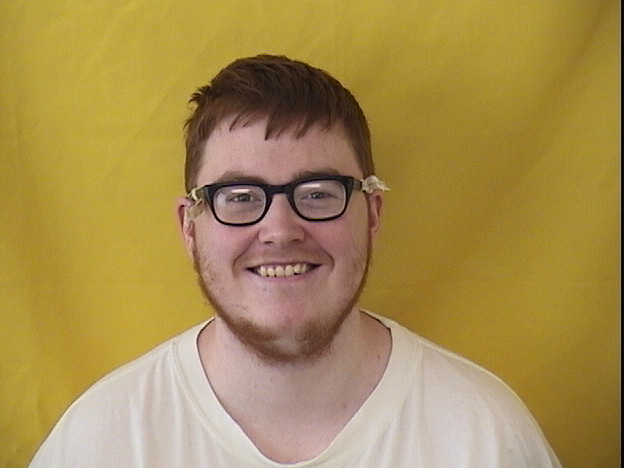 Jordyn Wade murdered four people and attempted to murder one other during a home-invasion robbery. He was 16. 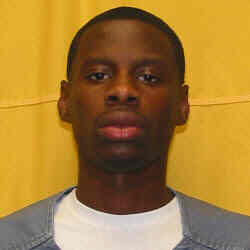 These cold-blooded murderers are not elementary school students playing football! These propaganda pictures are deeply offensive to Ohio victims and their families.

Just so you know

Just so you know, these propaganda photos do not show the face of JLWOP in the United States. These are children from photojournalist essays on juvenile crime, published in reports put out by anti-JLWOP advocates and they do not reflect a single real case of JLWOP in the USA.

Many victims’ families have commented on how meaningful it would be if advocates of juvenile murderers would take just a small portion of the money they are spending on their glossy publications and give it to a devastated victim’s family, struggling to cope with, for example, the loss of a breadwinner who was murdered by a violent teen.

See our Memorial page for the real face of JLWOP in the USA.

Read Adult Time for Adult Crimes linked on the sidebar. This report sets the record straight on the extremely violent offenders, who, as criminally culpable teens in the USA, are rarely but appropriately given life sentences for their especially heinous and repeated violent crimes.

The true stories of these horribly violent crimes, often carefully, coldly, and knowingly planned out by violent teens who were absolutely culpable for their decisions and knew exactly what they were doing, make it clear why they are in prison for life. And your local prosecutor’s office can give you details about what actually happened in cases in your area.

I’ll place some examples of real JLWOP recipients next to propaganda photos to emphasize how absurd this propaganda really is.

This is De’Marquise Elkins. He was 17 when he murdered one-year-old Antonio Santiago. Read more about this heinous crime at our memorial.

And here’s Adam Sarabia. At age 16, he invaded a couple’s home and bludgeoned and stabbed them to death.

Nathan Boyd was 17 when he stabbed Danny Sledge to death.

Here’s Boyd when he was arrested

Here’s what anti-JLWOP activists want you to think Boyd looks like.

Meet Louis Laramacias. He shot Nick Lewis three times in the chest purely for the exhilaration of committing a crime. This is what he looks like in real life.

This is the image the Campaign for the Fair Sentencing of Youth and other anti-JLWOP activists use to represent Laramacias and others like him.

And finally, let’s meet Christopher Simmons from Roper vs Simmons. In 1993, Simmons, 17,  broke into the home of Shirley Crook. He restrained her and drove her to a state park. He and his accomplice took her to a railroad trestle and then threw the bound woman into the waters below. Crook drowned.

These offenders are not accurately represented by the propaganda photos advocates use.

For more about the contents of advocacy reports versus the facts of the actual crimes please read Adult Time for Adult Crimes linked on the right sidebar.

How Do Victims Feel About This Propaganda?

“It is my contention that just like you can’t tell a book by its cover, you can’t necessarily know the nature of a person with a picture. The only 15 year old who raped and murdered my 8 year granddaughter, was clean cut, soft spoken, and friendly. However, he in fact is a cunning, manipulative, severe sexual deviant murderer. We had better be careful.”